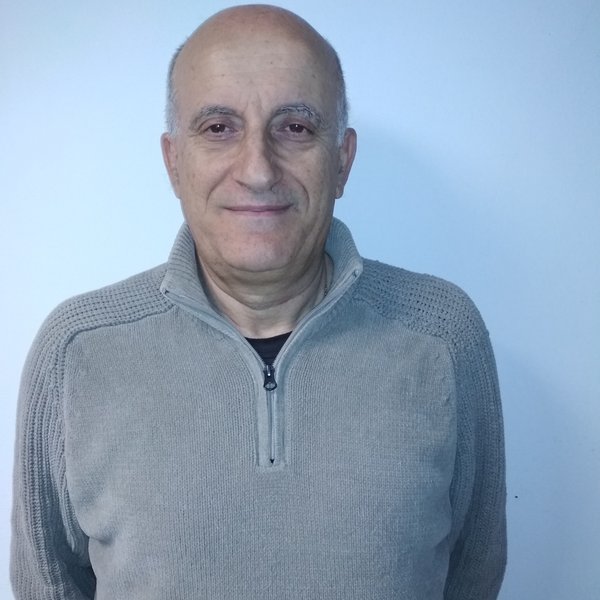 Stefano Vitturi received the Laurea degree in Electronics Engineering from the University of Padova, in 1984. From 1985 to 2001 he worked at RFX, a nuclear fusion experiment within the framework of the European fusion research program. In 2003, he founded the CNR–IEIIT Padova territorial site of which he is currently the head. His research interests include industrial automation systems and industrial communication networks, with particular attention the design and implementation of real–time protocols.

I. EDUCATION AND PROFESSIONAL EXPERIENCE

• In 1986 he became a researcher of the National Research Council of Italy (CNR), Institute for Gas Ionization(IGI), where he has worked for about 15 years at the RFX Project (www.igi.cnr.it), a nuclear fusion experiment built in Padova and currently in operation. His activities were mainly concerned with the control and data acquisition system of RFX.

• In 1993 Stefano Vitturi was appointed as the leader of the Automation and Informatics group of the RFX project. From 1999 to 2000 he temporarily moved to the “Galileo Scientific Park”, a technological transfer institution located in Padova, where he coordinated research as well as industrial activities.

• At the end of 2000 he returned to CNR, Institute of Dynamic Systems and Bioengineering (CNR-LADSEB).

• At the end of 2001 Stefano Vitturi was elevated to the grade of CNR Senior Researcher.

• In 2003, following an in–depth reorganization of the CNR scientific network, Stefano Vitturi joined the Institute of Electronics and Computer and Telecommunications Engineering (IEIIT) of CNR, where he founded the Padova territorial site, located at the Department of Information Engineering, University of Padova. He is, currently, the responsible of the IEIIT Padova territorial site.

The research activities of Stefano Vitturi have been taking place over two different periods. The first one, which focused on industrial control and automation systems, has taken place from 1986 to approximately 1998. In the second period, from 1999 to present, activities are concerned with industrial communication networks.

A. Industrial Control and Automation Systems

In the first period of activity, Stefano Vitturi has worked at the design and implementation of the control, monitoring and data acquisition system, called SIGMA, of RFX (Reverse Field eXperiment), a nuclear fusion experiment currently in operation in Padova, Italy. The main topics he addressed were concerned with:

A first working version of SIGMA was available at the end of 1991, when the RFX operation started. In the subsequent years, the activities of Stefano Vitturi at RFX focused on the completion of SIGMA as well as on the handling of the RFX experiments. The most important achievement obtained in this context has been the full and satisfactory implementation of SIGMA, that was reached indicatively at the end of 1993, when the more critical physics diagnostic subsystems (for machine operation) were completely integrated in SIGMA. Also, the data acquisition system of RFX (whichis called MDS/Plus and is part of SIGMA), that was developed in collaboration with MIT, has been adopted by several different nuclear fusion experiments all over the world. More information about RFX and SIGMA can be found at the following address: http://www.igi.cnr.it/

The research activities on industrial communication networks started approximately in 1995 and were triggered by  the  experience  gained  in  the  design  and  implementation  of  SIGMA.  The  first  networks  addressed  were  the fieldbuses, that are communication systems specifically conceived for industrial applications. The main activities of Stefano Vitturi in this context have been concerned with:

Two  fieldbuses  have  been  mainly  addressed,  namely  Profibus  and  Controller  Area  Network  (CAN).  For  both these networks, the work carried out by Stefano Vitturi was aimed at investigating their performance as well as to propose enhancements to the protocols. A  second  type  of  industrial  communication  systems  has  been  studied  by  Stefano  Vitturi  since  the  beginning of  2000.  These  are  commonly  referred  to  as  Real-Time  (or  Industrial)  Ethernet  networks  and,  basically,  they represent the natural evolution of the fieldbuses, in that they make use of the well known Ethernet technology to achieve  better  performance.  The networks  specifically addressed  by  Stefano  Vitturi  in  this  context  were  EthernetPowerlink,  Profinet,  Ethernet/IP  and  Modbus  TCP.  Similarly  to  the  activities  relevant  to  the  fieldbus,  also  in  this case performance analyses, as well as protocol assessment, design and modifications were carried out. Since 2003, approximately, Stefano Vitturi began to address wireless communication systems for industrial real-time  applications.  In  his  activities,  Stefano  Vitturi  addressed  mainly  three  networks,  namely  Bluetooth,  IEEE802.15.4  and  IEEE  802.11.  Particularly,  both  IEEE  802.15.4  and  802.11  were  subjected  to  exhaustive  analyses carried  out  via  theoretical  models,  simulations  and  practical  assessments  on  prototype  network  installations.  The analyses  executed  on  these  networks  were  mainly  aimed  at  assessing  their  suitability  for  industrial  real–time communication. Indeed, as it is well known, the wireless communication is implicitly error prone and, moreover, the random delays often introduced by the medium access strategies contribute to increase the uncertainty on packet delivery. This, clearly, may have a negative impact on the applications that use this type of networks. However, it has been demonstrated that a careful tuning of the network parameters as well as the adoption of rate adaptation techniques may allow to obtain performance figures that may be comparable with those of the wired counterparts.

Stefano  Vitturi  has  served  as  program  chair,  track  chair  and  member  of  the  program  committee  of  several conferences. The most significant ones are the following.

– Program co-chair of the "Intelligent Sensors, Sensor Networks, and Information Processing" track for the years: 2019, 2020 and 2021;

– Program co-chair of the "Work in Progress Session in 2005

– Co-chair of the "Industry day and panel discussion" in 2006

– Program co-chair of the "Work in Progress Session" in 2010

– Member of the program committee for the year 2017

Stefano Vitturi is serving as Associate Editor for the following journals

• IEEE Transactions on Industrial Informatics since 2016

• He has served as Associate Editor Journal of Electrical and Computer Engineering, Hindawi Publishing Company since 2017 to 2019.

• He has served as Associate Editor for the International Scholarly Research Notice Computer Engineering, Hindawi Publishing Company from 2010 to 2017.

• He has served as Chief Guest Editor for the Special Issue on the Proceedings of the IEEE titled: “Real–Time Networks and Protocols for Factory Automation and Process Control Systems”.

• He has served as Co-Guest Editor of three Special Sections appeared on the IEEE Transactions onIndustrial Informatics, namely,

Stefano Vitturi has served as reviewer for the following international journals

Stefano  Vitturi  has  taught  several  different  level  university  courses  as  professor  under  contract.  The  most significant ones are listed below.

•2007: “Application of Petri Nets to the modeling of manufacturing systems”, University of Padova (Italy), PhDcourse on Mechatronics Engineering;

A. International and National Projects

Stefano Vitturi has been the responsible for CNR-IEIIT of the following projects:

• IMPROVE  (http://www.eniac-improve.eu/),  a  project  funded  by  the  European  Commission  in  the  frameworkof the ENIAC Joint Technological Initiative. IMPROVE lasted 3.5 years from January 2009 to June 2012 and was aimed to enhance European semiconductor fabs efficiency by providing methods and tools to better control the process variability, reduce the cycle time and enhance the effectiveness of the production equipment. The project  involved  36  partners  for  a  total  funding  of  about  18  millions €.  CNR–IEIIT  was  funded  with  about 369,000 €.

• “New generation hybrid networks in measurement and industrial automation applications - Characterization and wired/wireless  perfomance  measurement”  a  project  lasted  two  years  from  October  20011  to  October  20013, funded by the Italian government in the framework of the national research projects 2009 (PRIN 2009). The total cost of the project was about 335,000 €. CNR–IEIIT was funded with about 45,000 €.

Stefano Vitturi has coordinated several research projects established between the National Research Council ofItaly and private Italian companies. Here is a list of the most important ones:

• MC Electronics (www.mcelettronica.it): one project in 2015

• Electrolux Zanussi (www.electroluxzanussi.it): one project in 2000