The recent advent of the fifth generation (5G) of wireless mobile communications is revolutionizing the way we live and work, thanks to the massive increase of network capacity, to its ultra low latency, and the possibility to connect hundreds of billions of devices. To achieve such results, 5G-and-beyond communication networks are expected to operate in the mmWave and sub-terahertz (sub-THz) frequency bands. At such frequencies, the radio signals experience high pathloss, due to the harsh propagation conditions. To circumvent this problem, innovative solutions have been proposed to adapt the radio environment to the communication such as dynamically configured environment, where the interaction between radio waves and objects is controlled in a programmable way. As a prominent example, software-controlled intelligent reflecting surfaces made of thin layers of meta-materials could be integrated within the walls of a room or of a building, reflecting the impinging radio waves according to the network request.

These meta-surfaces are made of a large number of energy-passive electronically-controlled elements, also called meta-atoms, able to induce an amplitude/phase change to the incident signal and the surfaces behave as if they were electronically rotated by an arbitrary, programmable angle.

In this context, we are developing a comprehensive mathematical model, accounting for how the electronic orientation of the surfaces, their phase shift and signal precoding all influence the resulting communication rate. We are also investigating several different ways to tune such parameters and test them in small-scale scenarios. Future work will also address the impact of phase errors and non-uniform radiation pattern at the IRS elements.

Even if modern coding techniques have basically achieved the long-yearned-for Shannon bound, many instances of next-generation communication systems pose severe constraints on the feasibility of certain coding schemes and force to cope with a more and more stringent trade-off between performance and complexity.

In such applications, it is not sufficient to devise coding techniques that are able to yield close- to-optimal performance in ideal conditions and then to test them in practical scenarios. It becomes mandatory to embody implementation constraints into the code design directly from the start.

The vast experience of IEIIT researchers on channel code design is currently being applied in several different domains, such as optical communications and global navigation satellite systems, to name a few. Such research is often carried out in collaboration with international companies and institutions

Millimeter-wave (mmwave) communication represents a potential solution to capacity shortage in vehicular networks. However, mmwave communication requires careful alignment between the sender's and receiver's beams, which in turn requires accurate knowledge of the vehicles' positions, which is often impractical to obtain in real time. The high-level goal of our research is therefore to use mmwave in mobile (namely, vehicular) networks, without needing real-time mobility updates. Our key intuition is that, in vehicular networks, mobility is largely driven by external factors, e.g., traffic lights, and can thus be largely predicted; as an example, we may coordinate beams with red traffic lights, as they correspond to higher vehicle densities and lower speeds. Tasks belonging to this activity include: 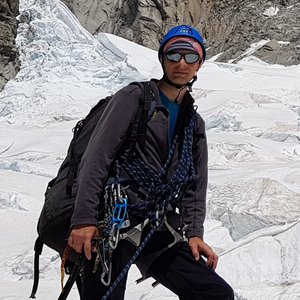