Modern low-frequency radio telescopes (50–350 MHz), such as the Low Frequency Aperture Array (LFAA) of the Square Kilometre Array (SKA), consist of large antenna arrays where the signals received from thousands of elements are combined together by a digital beamforming system. These instruments require advanced measurement and calibration procedures to reach the expected performance. For this purpose, a radio frequency payload mounted on an Unmanned Aerial Vehicle (UAV) has been developed in collaboration with the Italian National Institute for Astrophysics (INAF). The UAV-system has already been employed in several measurement campaign on array prototypes in Italy and England, on the LOFAR radio telescope in The Netherlands, and on one of the SKA stations under construction in the Murchison Radio-astronomy Observatory (MRO) area in the desert of Western Australian. More recently, within the Italian project named Large-Scale Polarization Explorer (LSPE), the UAV payload has been further developed to operate in the Q-band (33–50 GHz) for the LSPE characterization.

3D printing, known also as Additive Manufacturing (AM), encompasses a broad array of processes that are used to directly build layer-by-layer 3D objects from raw materials. The applications for AM technologies are many, including architecture, automotive, aerospace, biotech, and electronics to name just a few.  With specific reference to microwave and millimeter-wave systems, AM has the potential to change the way future systems are designed, integrated and tested and is therefore considered a strategic technology and a key enabler for accelerated engineering processes, highly efficient products and new agile supply chains. This laboratory is focused on the AM of passive components and systems working from 5 GHz to 110 GHz (mainly for satellite telecommunications and Earth observation) in tight collaboration with Politecnico di Torino, the Italian Institute of Technology and Fraunhofer IFAM. 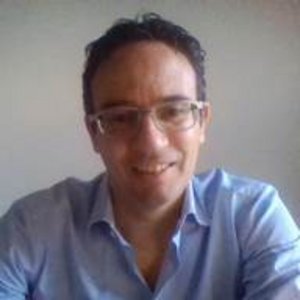