This research deals with robust and nonlinear control focuses on modeling, estimation, and control of uncertain nonlinear systems as well as realization, identification, order estimation and control of finite stochastic systems.
The activity is devoted to analysis and design techniques for uncertain nonlinear systems. Theory and design of regulating and tracking systems, as well as linear and nonlinear filtering, condition monitoring and fault are studied. The physical modeling, simulation, and identification of systems possibly uncertain or nonlinear are developed.
The focus is on the theory and application of nonlinear robust control design and estimation techniques, including optimization, variable structure and sliding mode control design methods, and linear and nonlinear model-based predictive control algorithms.
Robust and nonlinear controllers are proposed in several fields of applications, such as energy production systems, mechanical, electrical, aerospace systems.

Agriculture 4.0 consists in the harmonious and interconnected use in agriculture of smart faming and precision agriculture concepts. Our areas of expertise consists in designing ad hoc guidance, navigation and control techniques relying on convex optimization, system identification, machine learning, statistical learning theory, and robust, stochastic and randomized control techniques to enhance the use of unmanned autonomous systems in farming applications where they may represent a favorable alternative to conventional machines, providing clear advantages in terms of higher efficiency in operations, reduced environmental impact or enhanced human health and safety.

Guidance, Navigation and Control for AeroSpace

In the aerospace field, Guidance, Navigation and Control (GNC) is the engineering branch focused on the design of systems to control the movement of aeronautical and space vehicles. Our competences on Robotics and Automatics, which have been applied to the aerospace field, relate to the design of computationally-tractable nonlinear, adaptive, robust, stochastic and randomized algorithms, to the extension of system identification techniques for complex systems and uncertainty modelling, to the development of machine learning approaches for supporting GNC design and optimize mission planning phase, to the application of automatic control and convex optimization tools for maps generation and data-driven environment modelling.

Learning and Control over Networks

The research on Learning and Control over Networks focuses on the modeling, analysis and control of interconnected systems, i.e. systems composed by a large number of interacting units (individuals, sensors, computers).
These systems are generally of large dimension and exhibit a complex dynamical behavior, due to the topology of interconnections, that allow rapid diffusion of information, and to the non-linear and probabilistic nature of the interactions among units. Often these networks present high fragility to small changes and perturbations that can induce unstable dynamics and unpredictable effects. It is crucial to establish new paradigms and develop new tools for designing and control of these systems.
Applications of this research are numerous in many areas, spanning from engineering systems, socio-economic sciences, and biological systems. 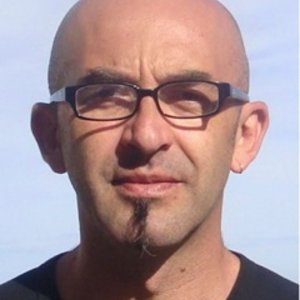