Humans are the key for development of next-generation industrial products, characterized by high added-value. For this reason, most recent industrial automation systems strongly demand for integrating assembly lines with skills and competencies of human operators. This project is aimed at defining highly-innovative technical solutions, able to support complex operations, by exploiting safe and effective interaction between operators, robotized machining tools, and working cells.

A brand new manufacturing paradigm, termed Human-centered Manufacturing, is defined, where the whole production system is built around people. Such a paradigm is demonstrated by means of the following case studies and relevant enabling technologies:

CNR-IEIIT investigates how wireless communication technologies can be adopted in next-generation production systems to support the Industrial Internet of Things (IIoT), which conjugates pervasiveness of the TCP/UDP/IP protocol suite and industry-grade reliability as demanded by real-time control applications. Cutting wires is the very first step to enable smooth and fruitful cooperation between human operators and automated factories.

In the first phase of the project, techniques based on seamless link-level redundancy applied to IEEE 802.11 (Wi-Fi), denoted for short Wi-Red, were further refined and validated. Effectiveness of duplication avoidance techniques (both reactive and proactive) in low-to-medium traffic conditions has been experimentally evaluated in a real testbed, by resorting to peculiar post-analysis methods that apply when the spectrum is quasi-stationary in the short term, as it happens in typical operating conditions. Results show that, if small latencies are tolerated by applications (in the order of one hundred microseconds or slightly more), all benefits of parallel redundancy can be achieved with a negligible increase of  spectrum consumption (about 10-20% higher than non-redundant solutions) [“Experimental Evaluation of Techniques to Lower Spectrum Consumption of Redundant Wi-Fi Links”, doi: 10.1109/TWC.2018.2884914].
To take medium-to-high traffic conditions into account as well, a testbed that emulates operation of a real Wi-Red link is needed. To this extent, a prototype implementation on commercial hardware and open-source operating system was developed which exploits the software-defined MAC (SDMAC) paradigm [“SDMAC: A Software-Defined MAC for Wi-Fi to Ease Implementation of Soft Real-time Applications”, doi: 10.1109/TII.2018.2873205].

Experimental results show that reactive duplication avoidance is able to decrease spectrum consumption tangibly, with up to half of the packets actually sent only on one channel thanks to cancellation from transmission queues performed by means of cross-ACKs [“A Prototype Implementation of Wi-Fi Seamless Redundancy with Reactive Duplication Avoidance”, doi: 10.1109/ETFA.2018.8502636].

The second phase of the project focused on the ways the IoT paradigm can be applied to automated factories, and in particular to existing industrial plants (brownfield). Activities mostly concerned the transport layer, located in between the perception and application layers. A two-tier architecture was identified as the best tradeoff between legacy constraints and openness [“A Full-Wireless Network Architecture Based on the Industrial Internet of Things Paradigm”, doi: 10.1109/ETFA.2019.8869005].
The lower tier relies on versatile and robust WSN technologies, like SmartMesh IP and 6TiSCH, both based on IP as per 6LoWPANs and IEEE 802.15.4e Time Slotted Channel Hopping (TSCH), which show high resilience to narrowband disturbance, including interference generated by nearby Wi-Fi networks. These two solutions were compared from the point of view of several key performance indicators (KPI) [“Experimental Analysis and Comparison of Industrial IoT Devices based on TSCH”, doi: 10.1109/ETFA.2019.886941].
At the upper tier, mainstream IP-based protocols like MQTT, where industry-grade open-source implementations are available, are the best solution. They can be layered atop both Ethernet and Wi-Fi, and enable seamless integration of devices and applications over the plant intranet and across the Internet as well. Suitable gateways, located at the border between the tiers, and implemented using inexpensive Raspberry Pi 3 devices, perform all the necessary protocol conversions.

A technology demonstrator, which can be deployed in existing plants without requiring any additional wiring, has been developed using the node-RED environment. Its purpose is providing a programmable and extensible platform for acquiring operational and environmental parameters, like the temperature inside control panels and industrial cabinets, storing them on hybrid on-premises and cloud databases, and making them available to human operators via suitable dashboards to drive, e.g., decision processes and proactive maintenance. 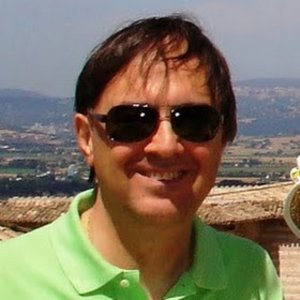